All Dromen feed on emotion, which emotion they feed on depends on the Dromen. However, when the Dromen is feeding, they emit a sickness to the people in their general vicinity. This sickness, Dromen Disease, can vary based on the Dromen.

Dromen Disease can also be contracted through blood contact with a Dromen. Dromen blood is a black substance with the same consistency as human blood. It tastes like oil, and will have the effect of drinking strong alcohol if ingested.

To become a Dromen, a human (or human-like entity) must have a Dromen physically touch their soul. However, Dromen will take in humans to work under them. This phenomenon is called “Nemuru” and works similarly to proxies. The process of becoming a Nemuru is often through parasitic means, but it ultimately depends on the Dromen. Dromen cannot be Nemuru for other Dromen.

Basic Dromen abilities include but are not limited to:

Constituent Dromen are the most common type of Dromen, They usually appear as humans with severe deformities, most often as elongated and featureless, wearing varying outfits. They aren’t very intelligent, and don’t have personality. They are unable to express emotions due to lack of such.

Constituent Dromen often have very few Nemuru, and their disease is often very basic slender sickness. Constituent Dromen do not have Domains, and often live in wooded or secluded areas. They have the basic Dromen abilities.

Ascended Dromen are the second most common type of Dromen. They usually look exactly like humans (or human-like entities), and this form is titled as their Ascended Form. They are able to change into a secondary, more monster-like form, titled as their Dromen Form. This form often appears as a Constituent Dromen, but can be something else. Ascended Dromen are intelligent and are able to express personality and emotion.

Ascended Dromen often have many Nemuru, and their disease can vary based on the Dromen. Ascended Dromen have Domains, though they are accessible to humans. They have the basic Dromen abilities, though sometimes can have more. Humans who become Dromen are 90% of the time Ascended Dromen.

Hadal Dromen are an amalgamation of a Dromen and a Hadal. Due to the rarity of Hadals, there isn't much known about this type of Dromen. They are capable of displaying emotions, intelligence, and personality. They have retained their Hadal-derived ability to alter reality. There are only ███ currently known Hadal Dromen in existence.

██████ Dromen are a rare type of Dromen that has only been documented once. They appear as tall, human-like entities covered in shadows. Usually only their faces are visible, and are often sickly pale with bright white eyes. They usually have long claws, and are able to control ████████. ██████ Dromen are extremely intelligent, though are unable to properly express emotion. ██████ Dromen are caused by a Dromen coming into contact and being infected with The ████████.

██████ Dromen are only able to feed on ████████, and thus their Nemuru have to be ██████, leading to them having very few Nemuru. They are able to have Domains, but they will be overrun with ████████, both liquid and solid. They have basic Dromen abilities, as well as abilities gifted to them by the ████████.

Empyrean Dromen are an extremely rare type of Dromen that has never been documented, though is often spoken of by Ascended and ██████ Dromen. They are rumored to appear as angelic humans, beautiful and without imperfection. They are tall and have several sets of white, glowing wings. Empyrean Dromen are rumored to be extremely intelligent, and are able to express personality and emotion just as Ascended would.

Addendum: Proof of Empyrean Dromen has been discovered. See "DM-20" and "DM-21". 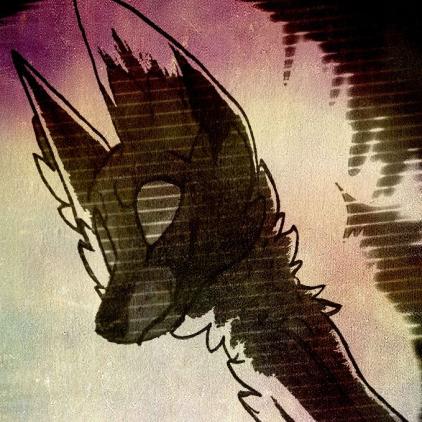 SUMMARY: DM-3 appears as a tall, non-feral silver fox with dark fur. It wears a pink shirt, khakis held up by a belt, and black combat boots. It is the leader of a massive cult, nearly rivaling that of DM-5 and DM-15.

DOMAIN: Appears to be an infinite, looping Drive-Thru. There has been reports of something within the Domain that isn't DM-3, but further research is needed. 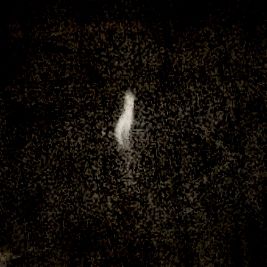 SUMMARY: DM-4 often appears as either a tall, faceless figure in a navy blue suit with a yellow tie, or it appears as a humanoid creature with dark blue skin and pointed ears, often wearing a turtleneck. This form also has black hair, horns, and bat-like wings. It appears to have connections to The Bridge, namely the synthetic demon "Apollo".

DOMAIN: The entire CDP of Bear, Delaware, US. 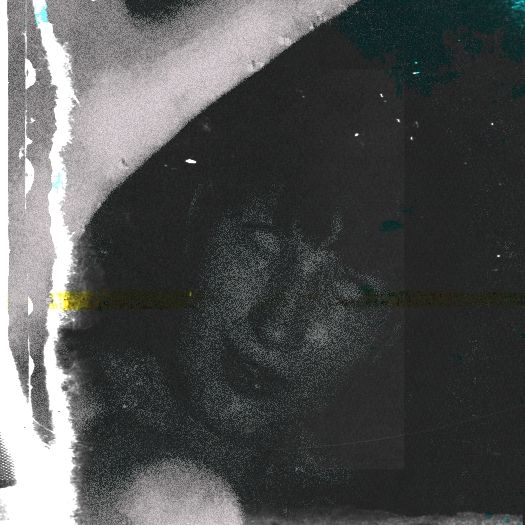 SUMMARY: DM-5 appears as a 5'6 humanoid, feminine figure. It appears to be nearly identical to a human, aside from when it enters its secondary form. It has long, black hair, royal blue eyes, and pale skin. It often wears blue makeup and wears semi-formal clothes. It has a cult following of nightmarish porportions.

DOMAIN: A distorted realm with three large mansions within a thicket of black trees. It is continuously raining here, and there have been reports of hearing cries from within the mansions. Further research needed.

SUMMARY: DM-6 appears as a tall woman wearing a lab coat. It has purple hair and eyes. Not much is known about it, other than it uses its victims for research.

UPDATE: DM-6 has recently been infected with ████████. Classification and Domain description are subject to change.

SUMMARY: DM-7 appears as a tall, humanoid figure wearing a stovepipe hat and suit, although shrouded by a shadowy, ink-like substance. It has spent an extended period of time trying to keep its existence a secret. It speaks with a cacophony of voices that belong to the dearly departed and lost loved ones of the person who hears it speak. It has connections to the Cosmic Candy Entertainment Complex in Meridian, Mississippi.

DOMAIN: A victorian asylum hidden within a dark forest.

SUMMARY: DM-9 appears as a dark figure. Hardly anything is known about it, other than it seems to take pleasure in the distress of its victims.

SUMMARY: DM-10 appears as a goat-flamingo hybrid non-feral. It grew up in a loonism hospital before being kidnapped by members of Moore Manor. It can usually be seen wearing a cheap witch costume.

DOMAIN: An infinitely high wall tilted at 89° with various objects on it.

SUMMARY: DM-11 appears as a tall figure shrouded in shadows. Only the bottom of its face is visible, showing a wide mouth full of needle-like teeth. It appears to have wings on the sides of its head, as well as on its back. It also appears to have long claws and may be wearing a cloak.

DOMAIN: An infinitely large garden with a cathedral in the middle. 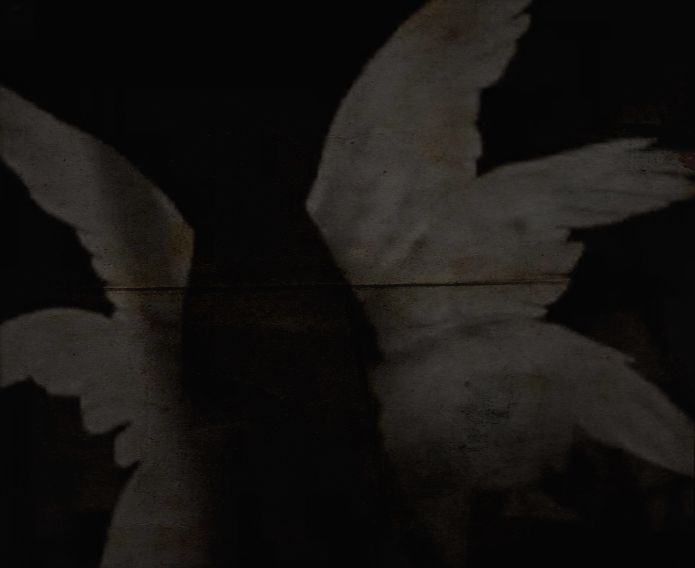 SUMMARY: DM-12 appears as an angelic figure, although not matching the descriptions of Empyrean Dromen. It has some sort of connection to a mailman and a Foundation scientist.

DOMAIN: A thicket of upside down trees with angel statues strewn about.

SUMMARY: DM-13 appears nearly identical to a human being. It has pink hair and wears a pink leather jacket, as well as a black "Misfits" t-shirt. It seems to use its abilities to cause minor annoyances.

SUMMARY: DM-14 appears as a ~30 year old man. It is commander of Operation: Wildcard. It is mechanical engineering genius, and is linked to a group called "The Perspectives".

SUMMARY: DM-15 appears as a young woman wearing a lolita dress. It is in a romantic relationship with DM-5, and is the secondary leader to its following.

DOMAIN: An abandoned and overgrown garden with various statues and structures.

DOMAIN: A time-shifting abandoned battlefield with various weapons strewn about.

SUMMARY: DM-17 appears as a man with long hair and facial hair. It has horns and face paint, as well as warm clothing. DM-17 has been reported to feed itself to deceased entities to turn them into Dromen.

SUMMARY: DM-20 appears as an angelic human standing at 10 feet tall. It has medium dark skin with dark, curly hair and bright yellow eyes. It wears a yellow dress and fur coat, and has a set of four large wings.

DOMAIN: An infinitely long train that seems to shift between realities.

SUMMARY: DM-21 appears as an angelic human child. It appears to have blonde hair and golden wings, and typically wears clothes that a ten year old girl would wear. 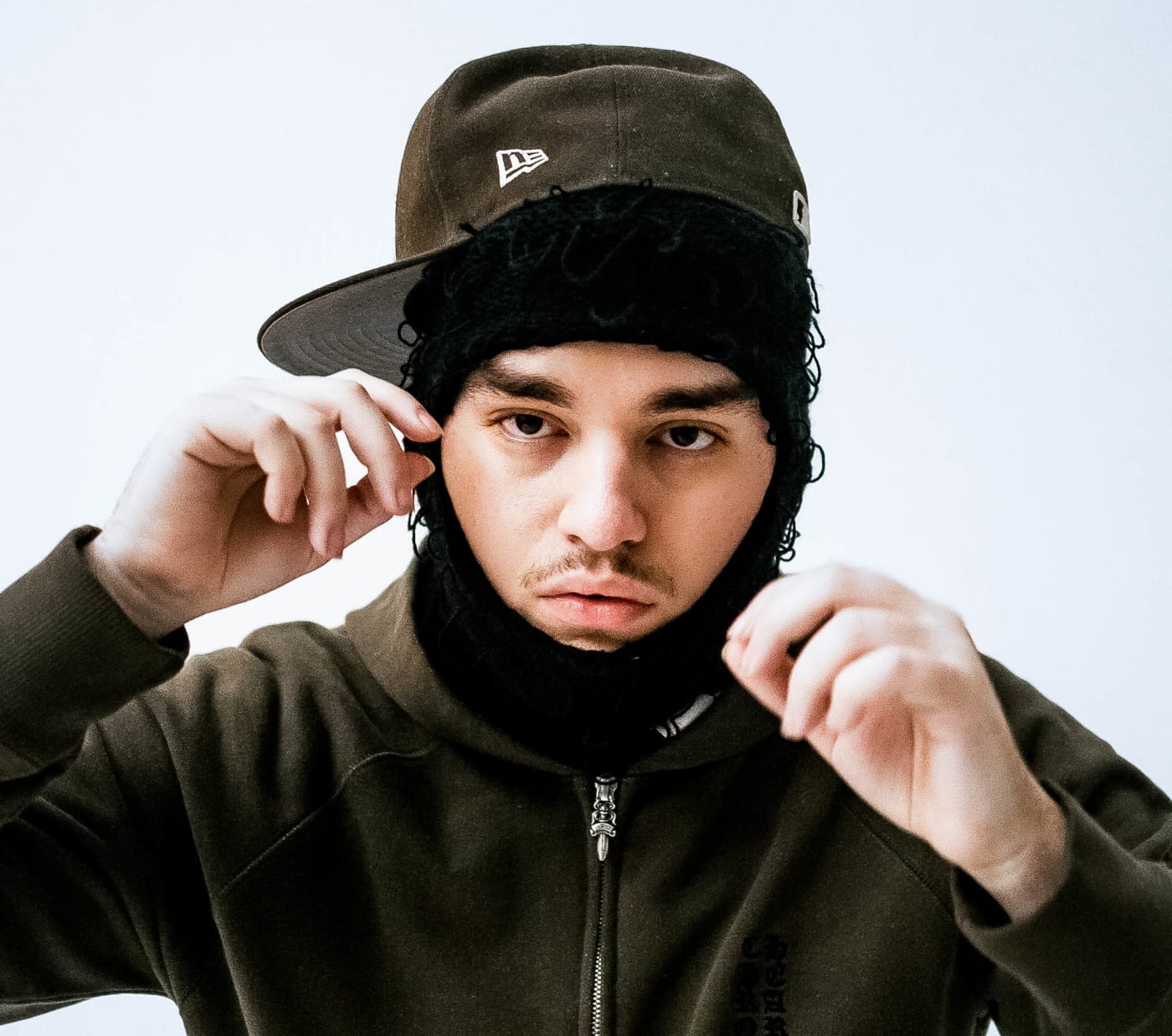 SUMMARY: DM-22 is an American rapper and record producer. It rose to popularity in 2021 after the release of its mixtape 4L and its debut studio album Up 2 Më, which included popular tracks like "Sorry Bout That", "Money Twërk", and "Monëy So Big" that gained popularity on TikTok.